When Should You See a Doctor While Having Swollen Gums?

Swollen gums can be pretty annoying and concerning at times especially when it is accompanied by other symptoms such as ulcers, gum pain and bleeding. It is extremely important to first understand and identify the cause of gum swelling to determine the mode of treatment according to the possible causes. Gum swelling is often seen as red and puffy gum due to the accumulation of excess fluid in the soft tissues of the gums due to many causes which will be discussed later in this article. Common associated symptoms with gum swelling will be bad breath, gum bleeding leading to signs and symptoms of anemia, pain around the gum tissues, loosening of teeth, sore tongue, swollen lymph nodes and unexplained weight loss. Some symptoms are important to be identified and treated earlier as it might indicate life threatening and serious conditions like oral cancers and HIV/AIDS. These symptoms are like difficulty in swallowing or breathing, having high grade fever and severe gum bleeding leading to dizziness and lethargy. It is almost all the time that you will need to see a doctor for further consultation when you are having a swollen gum as it is vital to identify the cause by an expert. Furthermore, if it is affecting your daily lifestyle and quality of life, please consult a doctor as soon as possible.  You can either see a dentist or a general practitioner for your gum problems.

What are the Causes of Gum Swelling?

There are several causes of gum swelling varying from the most common to the least common and life threatening.

When you do not practice good oral hygiene such as brushing twice per day, flossing your teeth and reducing intake of sweet foods, there are possibilities for plaque formation and deposition aty your gum. Plaque is an invisible and  satta sticky film which is mainly composed of bacteria. The deposition of plaque irritates your gum line and causes swelling with bleeding of the gum when you brush your teeth. This is known as the most common causes of gum swelling. For this reason, the best treatment will be removal of plaque and practicing good oral hygiene.

Hormonal Changes During Puberty and Pregnancy

During puberty and pregnancy, your two main hormones which are estrogen and progesterone surges to a peak level. These hormones will eventually increase the blood flow to your gums causing them to be swollen, tender and red especially when you brush or floss them with extra force. It is common to have this problem during your pregnancy and puberty period and it will eventually go off by itself once the hormone levels start to settle down slowly.

Other medical causes such as anemia, diabetes, Bechet’s syndrome (a disease characterized by inflammation of blood vessels elsewhere in body), vitamin C deficiency (Scurvy), acute myeloid leukemia and many others are often associated with gum swelling which will be accompanied by other signs and symptoms like pain and bleeding when you brush or floss. HIV/AIDS are also associated with gum swelling. Thus, if you have any other concomitant symptoms with gum swelling, get a doctor appointment to help you find the cause. 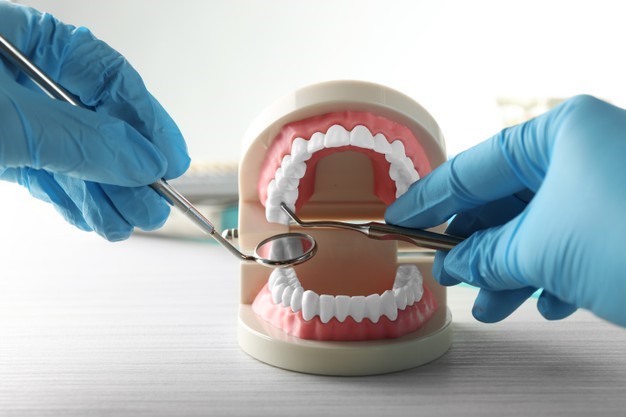 Points You Ever Wanted to Know About Teeth Whitening 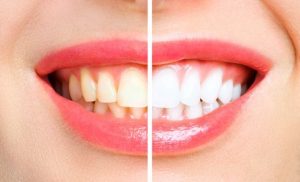 What Is Teeth Whitening Or Bleaching, And How Is It Done? 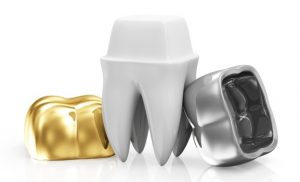 Dental Implants Are Considered a Part of Oral Surgery 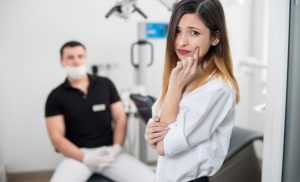 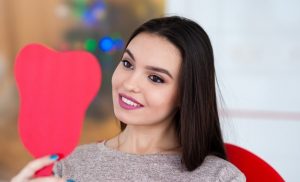 Dental Veneer And Tips You Should Consider